Monday, 25 May 2020
ΑρχικήΑρθρογραφία Διάφορα ΘέματαCSIS-A Century After the Armistice, the World is Still Coping with the End of Empires, November 13, 2018

CSIS-A Century After the Armistice, the World is Still Coping with the End of Empires, November 13, 2018

A Century after the Armistice, the World is Still Coping with the End of Empires | Center for Strategic and International Studies 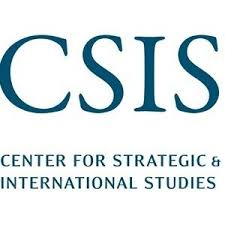 A century after the Armistice that ended World War I on the Western Front, much of the world remains haunted by the legacies of that conflict. Apart from the deaths of more than 9 million soldiers and an untold number of civilians, the most lasting impact of the First World War may be the collapse of the old empires that dominated Europe and Eurasia until 1918. From Poland to Syria, states that emerged from the peripheries of the old empires struggled to reconcile nationalist ideologies, the principle of self-determination, and the reality of diversity. Meanwhile, the old imperial cores—states like Russia and Turkey—still wrestle with the loss of status and territory that accompanied the end of empire. With the post-Cold War order giving way, instability along the old periphery remains, even as the centers of the old empires increasingly look to the past for inspiration, seeking to recreate something like an imperial order in the regions they once ruled.

For much of the twentieth century, the edges of what had been the Habsburg, Romanov, and Ottoman empires were wracked by violence between groups seeking to establish nation-states on pieces of territory that had long been home to multiple ethnic and religious communities. Whereas the old empires had been capacious enough to encompass, however uncomfortably, diverse populations, the arrival of nationalism in the nineteenth century politicized identities and made accommodation more and more difficult. Nationalism implied that each group should have a homeland—never mind that each “home” already had many occupants. The decades before the Great War were characterized by mounting communal violence in Central Europe, the Balkans, the Caucasus, and elsewhere. Indeed, World War I itself was sparked by an act of nationalist violence—the assassination of an Austro-Hungarian archduke by Serbian nationalists in June 1914.

For the statesmen who sought to remake the world at the Paris Peace Conference, the replacement of the defeated empires by nation-states was supposed to solve the problem. Nations—at least some of them—were given the right to self-determination, in line with the promises made in U.S. President Woodrow Wilson’s Fourteen Points. Far from putting an end to communal violence, the commitment to national self-determination arguably made the problem worse. Nationalist movements espoused incompatible claims: Should Russia’s former western provinces be part of Poland or of Ukraine? Should eastern Anatolia belong to Turks, Kurds, or Armenians?

When the dust settled, Europe’s new state system owed less to the idealistic vision of Wilson than to the facts on the ground created by the wars that followed the Great War. Multiple Ukrainian governments emerged, only to be defeated and absorbed by first Polish and then Russian troops. Competing claims to western Anatolia led to a large-scale conflict between Greek and Turkish armies that ended with the establishment of the Turkish Republic and the expulsion of hundreds of thousands of Ottoman Greeks. The Caucasus was a maelstrom of competing national movements whose mutual loathing facilitated the region’s conquest by Soviet Russia. Britain and France, meanwhile, established “mandates” (basically, colonies) in ex-Ottoman Lebanon, Syria, and Iraq with little thought for the preferences of the inhabitants.

The post-imperial peripheries became the site of massive bloodletting as competing groups sought to establish their hegemony. During the Second World War, Ukrainian insurgents massacred Poles in the territory they claimed. A fascist regime in Croatia broke away from Yugoslavia and carried out a campaign of mass murder against Serbs, Muslims, Jews, and others; the Balkans again fragmented in a series of bloody conflicts at the end of the Cold War, and remain a tinderbox of ethnic resentments. Lebanon’s fragile sectarian balance exploded into civil war in the 1970s. More recently, the so-called Islamic State carried out a series of atrocities against non-Sunnis as it sought to replace the states of Iraq and Syria with an Islamic caliphate.

Although the former peripheries suffered, and in many cases still suffer, from the clash of nationalisms, the collapse of empires had a different effect in the former imperial centers. Austria went from dominating the center of Europe to a small Alpine republic that struggled to defend its independence from a revanchist Germany. Turkey, and eventually Russia, suffered less post-imperial decline. Turkey lost its hinterlands in the Caucasus and the Middle East, along with most of its non-Muslims, who had been expelled or killed during the decade following 1914. During decades of Kemalist domination, Turkey adopted an inward orientation along with an import-substitution development model that severed Ottoman-era links with both Europe and the Middle East. Like Vienna, Istanbul in the twentieth century became a shadow of its nineteenth century self.

Russia was replaced by the Soviet Union, which eventually managed to restore a lesser version of the Russian Empire, but at horrific cost. Even though the USSR reconquered much of the territory controlled by its tsarist predecessor, it never regained the most economically developed parts, which formed the new state of Poland. The capital moved from cosmopolitan St. Petersburg to Russian, Orthodox Moscow. Held back by its commitment to Marxist-Leninist ideology, the Soviet Union would be a military superpower, but it proved unable to keep up economically with the capitalist West. Ironically, the Soviet Union also acted as an incubator for nationalist ideas. The combination of economic dysfunction and nationalist mobilization in the non-Russian periphery eventually brought about the demise of not only the Soviet Union but of Russia’s empire.

Whereas Austria managed to redevelop itself as a small democratic republic, Russia and Turkey found it much harder to accept the loss of empire and the attendant loss of status. For slightly different reasons, neither proved able to follow the Austrian—or German—path of trading geopolitical ambition for the benefits of Euro-Atlantic integration, democracy, and prosperity (a number of Austrians are now questioning that choice as well).

With European integration off the table, Russia and Turkey are pursuing a different strategy, one with strong notes of imperial nostalgia. Imperial motifs have become increasingly visible in politics, from the massive statue of Vladimir I that now stands outside the Kremlin to the Ottoman-style palace President Recep Tayyip Erdoğan is building in Ankara. Erdoğan and his Russian counterpart Vladimir Putin promote the old imperial capitals—St. Petersburg and Istanbul—over Moscow and Ankara (notably, Erdoğan was mayor of Istanbul and Putin deputy mayor of St. Petersburg).

More significantly, Russia and Turkey are both seeking to construct something like an imperial order around their borders. This order entails positioning Ankara or Moscow as the hub for regional interactions, with a self-proclaimed responsibility for keeping order in their neighborhood. Within this system, the sovereignty and territorial integrity of neighboring states are, at best, conditional. Russia has pursued this approach most aggressively, annexing Crimea, deploying troops in several of its neighbors, co-opting local proxies, and establishing regional institutions that it dominates. Turkey’s imperial geopolitics are less systematic, but also significant. Ankara deploys forces against Kurdish rebels in Iraq and Syria, using its control of border crossings to facilitate the flow of forces and materiel. It channels money to cultural and religious institutions in the Balkans and positions itself as a magnet for elites from across the post-Ottoman space.

Russia and Turkey also struggle with questions of identity stemming from the loss of empire. Although their governments prefer to emphasize a civic-territorial version of national identity, influential voices in both countries call for ethnic homogenization, usually with strong religious undertones. In recent years, both the Russian Orthodox Church and Turkey’s Directorate of Religious Affairs (Diyanet) have grown more powerful, with the state increasingly using them to project influence in their imperial hinterlands. Religiously inspired groups, like the Orthodox Cossacks fighting in Ukraine or (until their falling out with Erdoğan) the followers of the theologian Fethullah Gülen, also have acted as semi-official proxies.

For most of the twentieth century, the shadow of imperial collapse loomed most prominently over the states that emerged from the periphery of the Habsburg, Russian, and Ottoman empires. Unfortunately, many of the conflicts set off by imperial collapse remain unresolved, as the violence in Syria and the fragility of the Balkans demonstrate. The old metropoles, conversely, viewed 1918 as the end of an era, blaming their imperial predecessors for bringing about the Great War and, ultimately, their own demise. They spent decades trying to pave over the legacies of empire. Now imperial nostalgia is back. It will be one of the primary factors shaping European and Eurasian geopolitics for years to come.

Jeffrey Mankoff is deputy director and senior fellow with the Russia and Eurasia Program at the Center for Strategic and International Studies in Washington, D.C.

Commentary is produced by the Center for Strategic and International Studies (CSIS), a private, tax-exempt institution focusing on international public policy issues. Its research is nonpartisan and nonproprietary. CSIS does not take specific policy positions. Accordingly, all views, positions, and conclusions expressed in this publication should be understood to be solely those of the author(s).