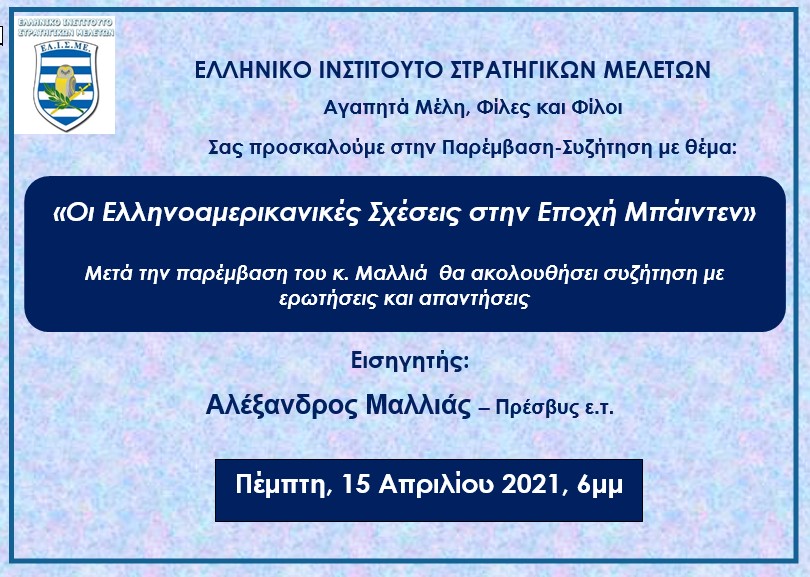 on Wednesday, 05 December 2018. Posted in Συνέδρια

Mediterranean Sea constitutes an important sea way for international trade and energy transportation. As for Europe, Mediterranean  Sea is valuable for its safety, stability and prosperity. This lecture examines recent maritime security threats and challenges in Eastern Mediterranean in conjunction to major geopolitical and energy developments in the broader area. These security threats and challenges possibly set the conditions for a future crisis, bluntly affecting Europe. After an epigrammatic evaluation of European maritime security strategy, the lecture places relative conclusions and recommendations.

THE ROLE OF NAVIES
The new maritime challenges of insecurity, create a gray area between the functions of a navy and a coast guard and accordingly critical decisions as for the ships equipment for fighting wars and law enforcement. A new generation of low cost naval platforms may be required to complement high end capabilities and suitable to counter Maritime Irregular Warfare (MIW).
THE ROLE OF GREECE.
Given the reduced presence of the US in E. Mediterranean and the limited defence expenditures in EU member states, maritime security in this area can be an integration pillar for the Common Security and Defense Policy.
Greece’s great geostrategic position at the crossroads of three continents, is vital in facing the growing instability in E. Mediterranean. The Greek significant role as a factor of stability and security, can only remain if its basic security concerns in the Aegean and the SE. Mediterranean are met. NATO has access in the crucial base of Souda Bay, as well as in several other facilities throughout the Country. Greece’s choice to be strategically connected to the Western institutions, is not based only on national interests but also on the cultural Western values of Greek heritage like Democracy and secular state.
Greece, a traditionally maritime nation, is part of the E. Mediterranean and since ancient times has maintained strong and unbroken bonds with the peoples and countries of the region. Today it keeps a comprehensive active diplomatic agenda with regional initiatives for stability and cooperation in Balkans, E. Mediterranean and M. East. At the same time it has an active policy of resolving the Cyprus issue on the basis of a fair and viable solution outlined in UN Security Council Resolutions. Greece promotes strong cooperation with Cyprus, Israel, Egypt, Lebanon, Palestine and Jordan. Finally, Greece – already a wellknown power in tourism and shipping- is strengthening its role as an energy and transport hub.

MAIN CONCLUSIONS
The Eastern Mediterranean Sea is a major strategic point. Recent geopolitical shifts have brought the progressive globalization of Mediterranean security.
The East Mediterranean’s gas resources can promote cooperation and contribute to the economic development and energy security of its regional Countries.
Russia plans to restore a credible presence in E. Mediterranean is likely to slow the US disengagement from this area.
The EU is directly involved in E. Mediterranean as an energy consumer, as an investor, as a technical provider and mostly as a Union with geographical land and sea borders in that area through Greece and Cyprus.
The Turkish expansive policy constitutes a challenging issue of instability in E. Mediterranean.
It is in the interests of UN, US and EU to keep stability in E. Mediterranean. Furthermore it is in the interests of US and EU the exploitation of energy recourses of that area and the supply of EU.
The mass irregular migration directly affects the European security, the cohesion and interstate and social solidarity.

MAIN RECCOMENDATIONS
The US, Russia and regional states should cooperate building measures of confidence and reducing the risk of confrontation in order to deter a crisis.
The UN, the US and EU could establish a multilateral system committed to the UN Convention on the Law of the Sea, with protected infrastructure in E. Mediterranean. Member states in this institution could commit to mandatory arbitration with appeal to the International Court of Justice. The institution should be open to any state bordering the E. Mediterranean, provided that it accepts the legal standards for the dispute settlement. Claiming States outside of this institution should face a negative stance by UN, US and EU.
EU, should be more active and responsive in E. Mediterranean. The threats and challenges in that area do not concern only the countries of the “front line” but all the EU member states. E. Mediterranean offers an opportunity for EU to start implementing cooperation under the ESDP.
EU’s future geopolitcs, energy security and climate change are connected to its Eastern and Southern partners. EU should encourage regional cooperation and reforms, with possible financial or technical assistance and special emphasis in facing effectively migration, radicalization, terrorism, as well as trade, agricultural and fisheries issues.
The EU must pursue an effective migration policy based on solidarity and shared values. In this context it needs to prevent and deter irregular migration and promote legal and controlled migration. EU has to establish a common European asylum status and a fair relocation and distribution of migrants in Europe, by immediately reforming the Dublin Convention.
EU must have a reliable ability to perform Maritime Security Operations building a cooperation framework between its own member States and with third parties.
The strategic relationship between Greece, Cyprus, Israel and Egypt contributes to the desired stable and prosperous future of E. Mediterranean.
Greece a traditional maritime nation, member of EU, a strategic US ally and with privileged relationship with countries of the E. Mediterranean could play an important role to the stabilization of the region.
EPILOGUE
An area of strategic importance like E. Mediterranean has to be safe and prosperous. The situation in this area is promising provided that the main destabilizing factors are to be faced effectively. Proactive and active measures and initiatives have to be taken now since peace, freedom, security, prosperity and justice are not to be taken for granted.
13 November 2018
Vice Admiral (rtrd) V. Martzoukos HN
Honorable CO of Hellenic Naval Academy (HNA)
President of Hellenic Institute for Strategic Studies (HELISS)

on Wednesday, 07 November 2018. Posted in Συνέδρια 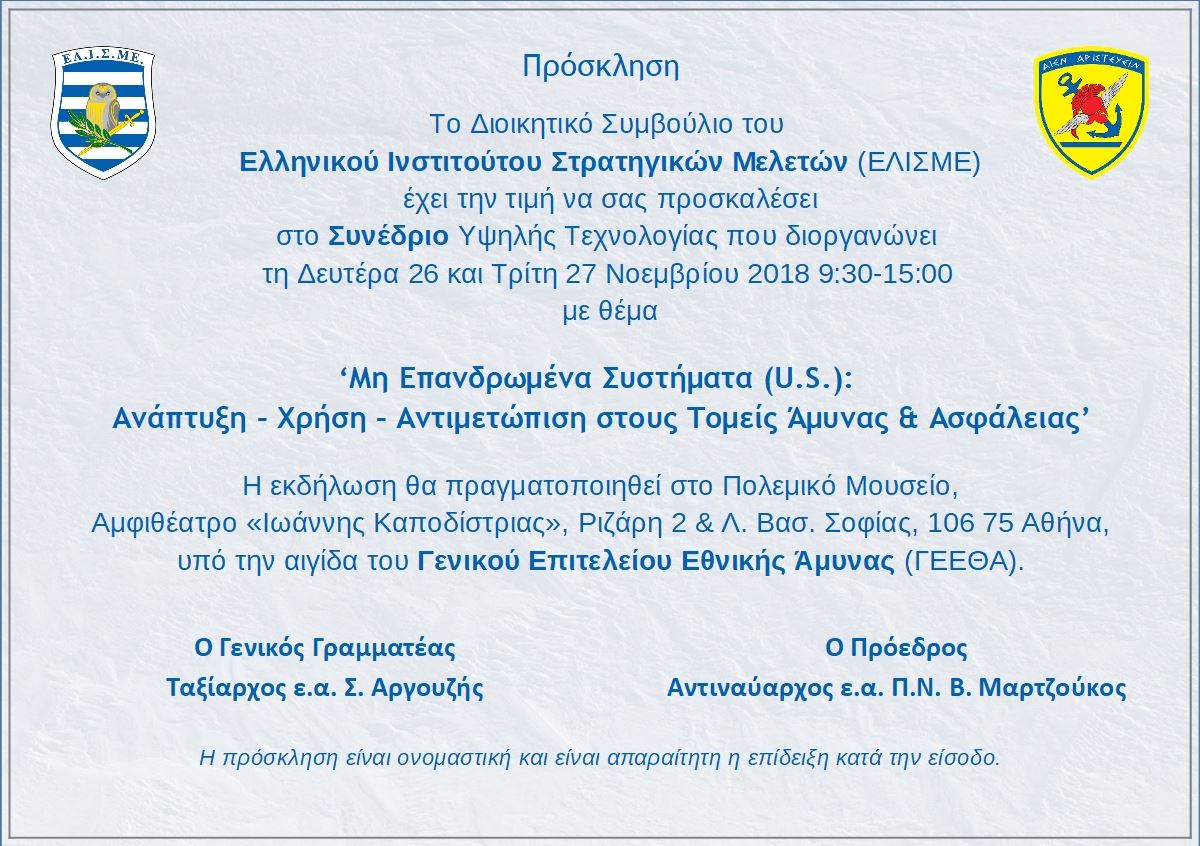 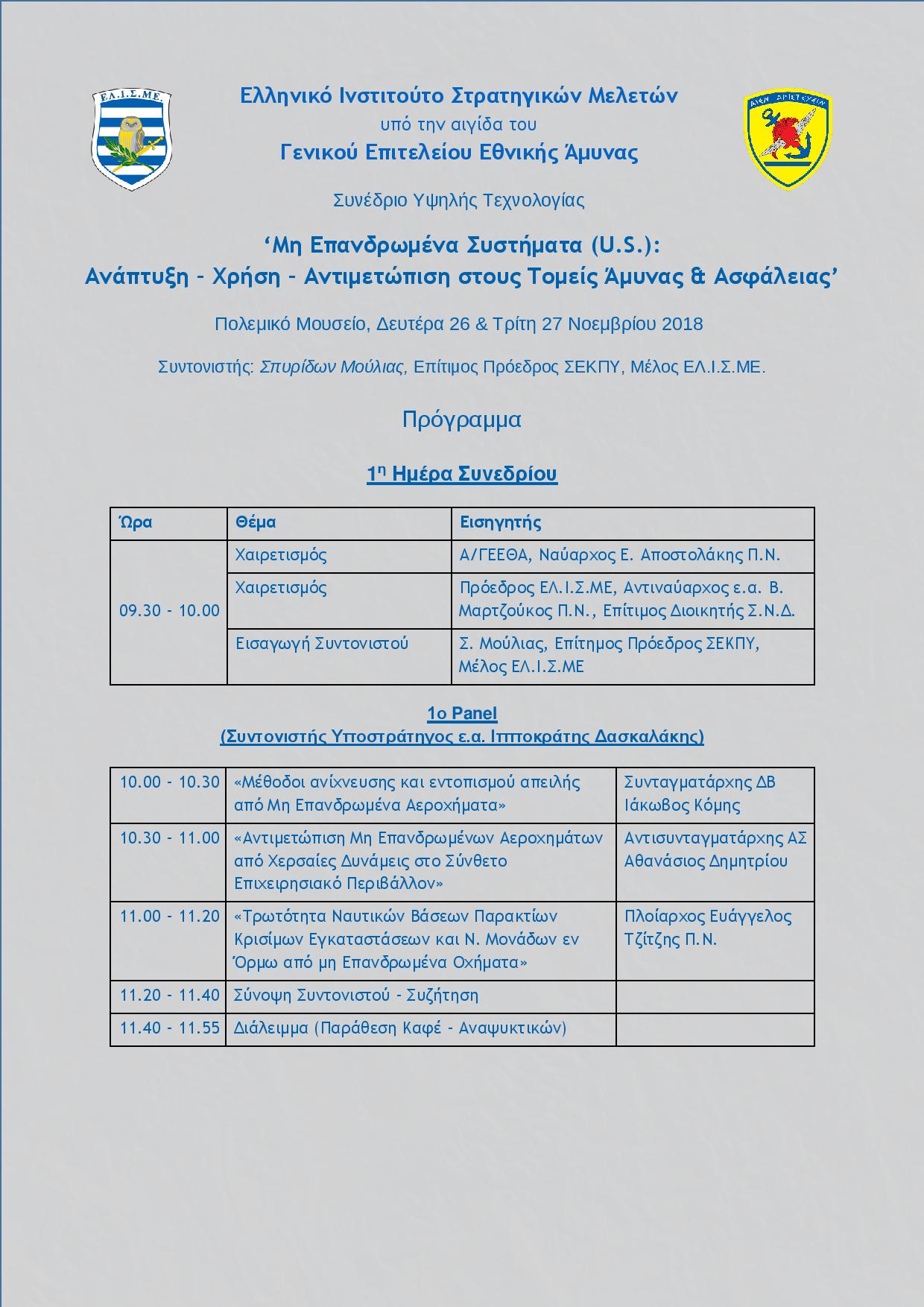 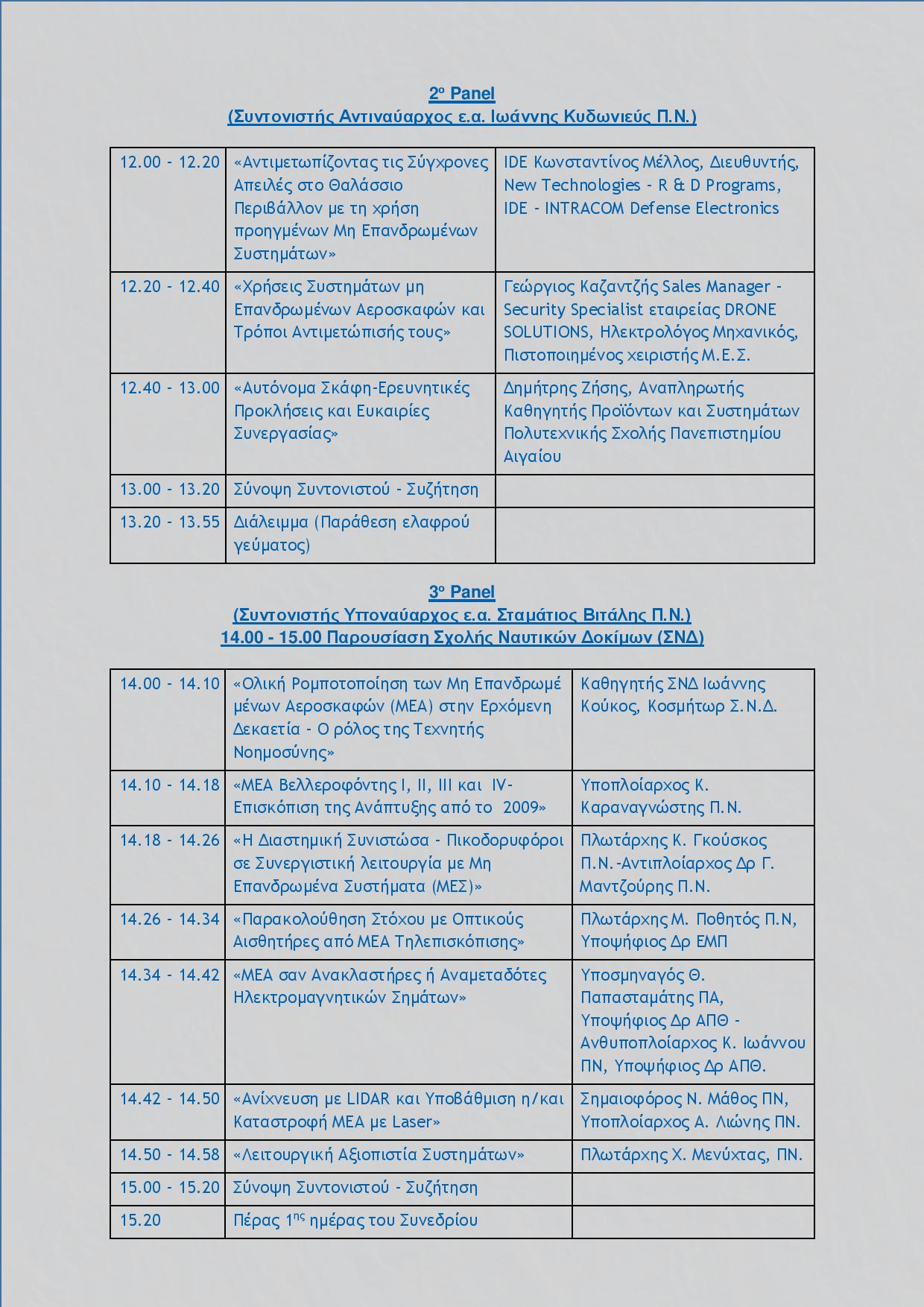 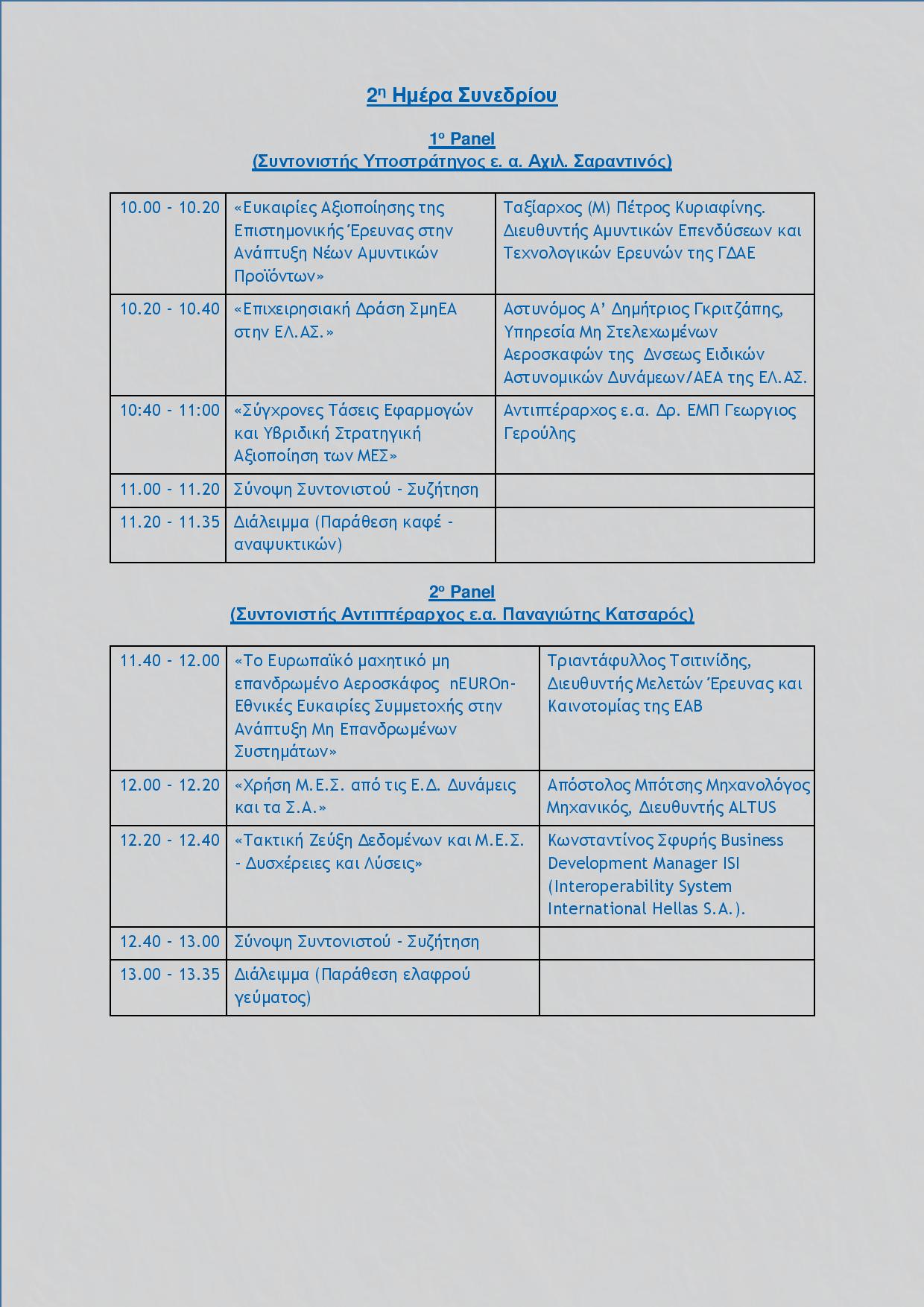 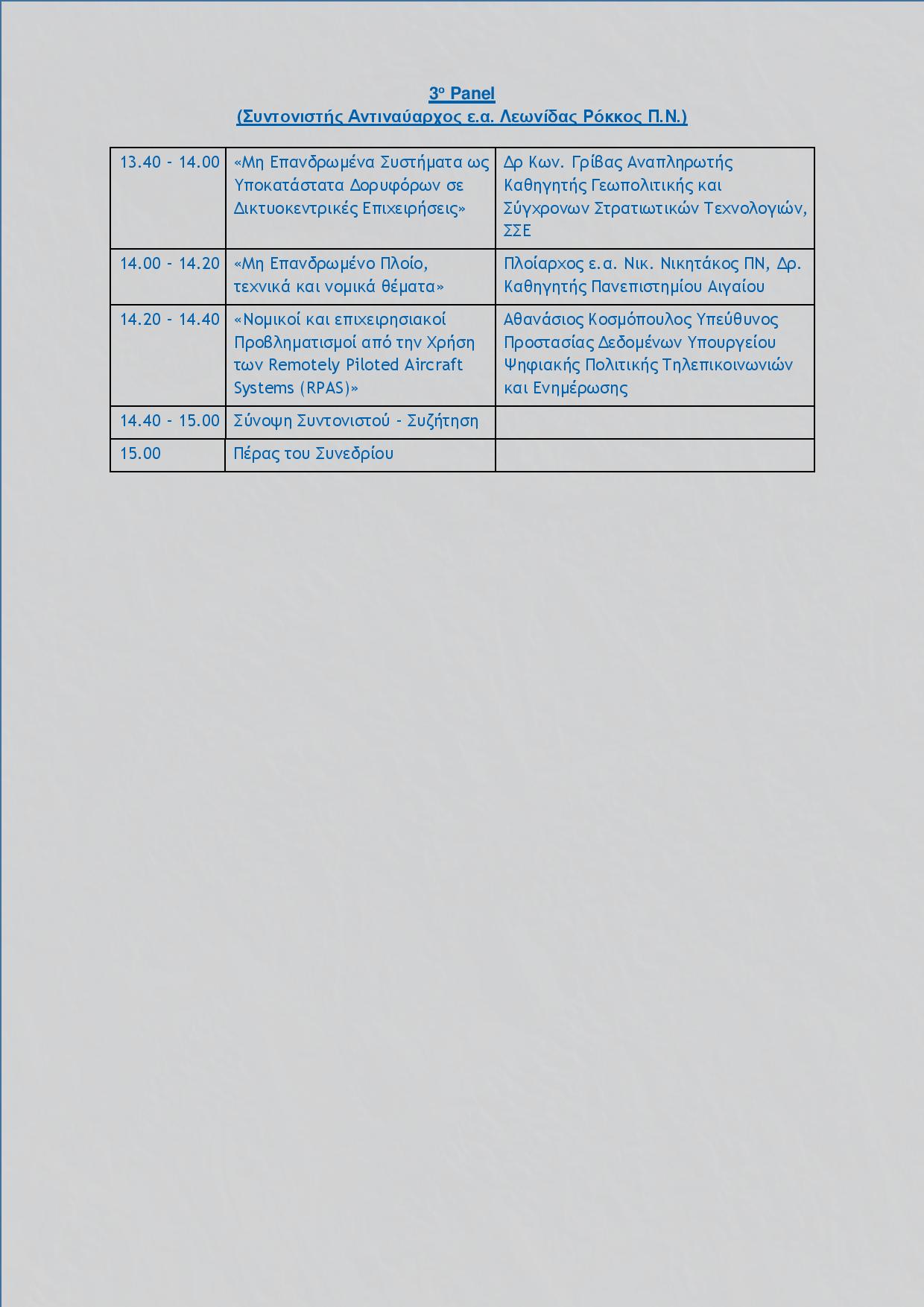 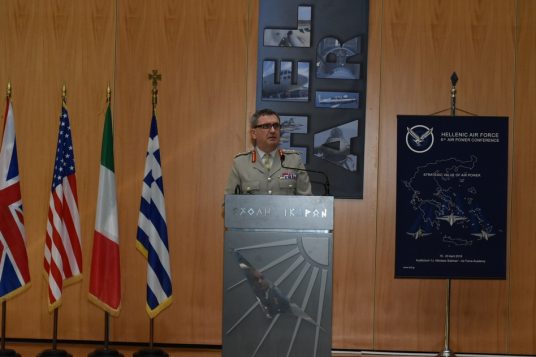 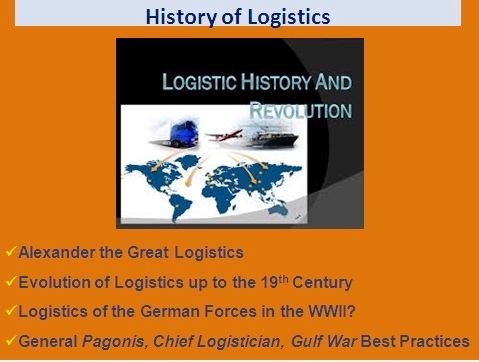 I continue with the History of Defence Logistics, presenting (1) Alexander the Great Logistics, (2) the Evolution of Logistics up to the 19th Century, (3) the Logistics of the German Forces in the WWII? And (4) the Best Practices of General Gus William Pagonis, Chief Logistician in Gulf War. 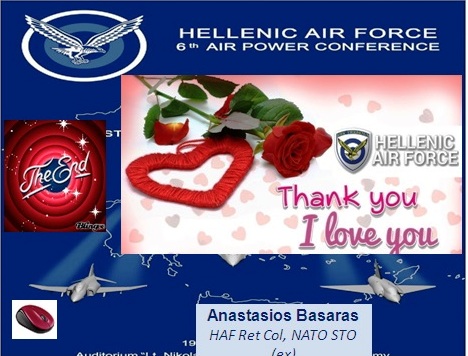 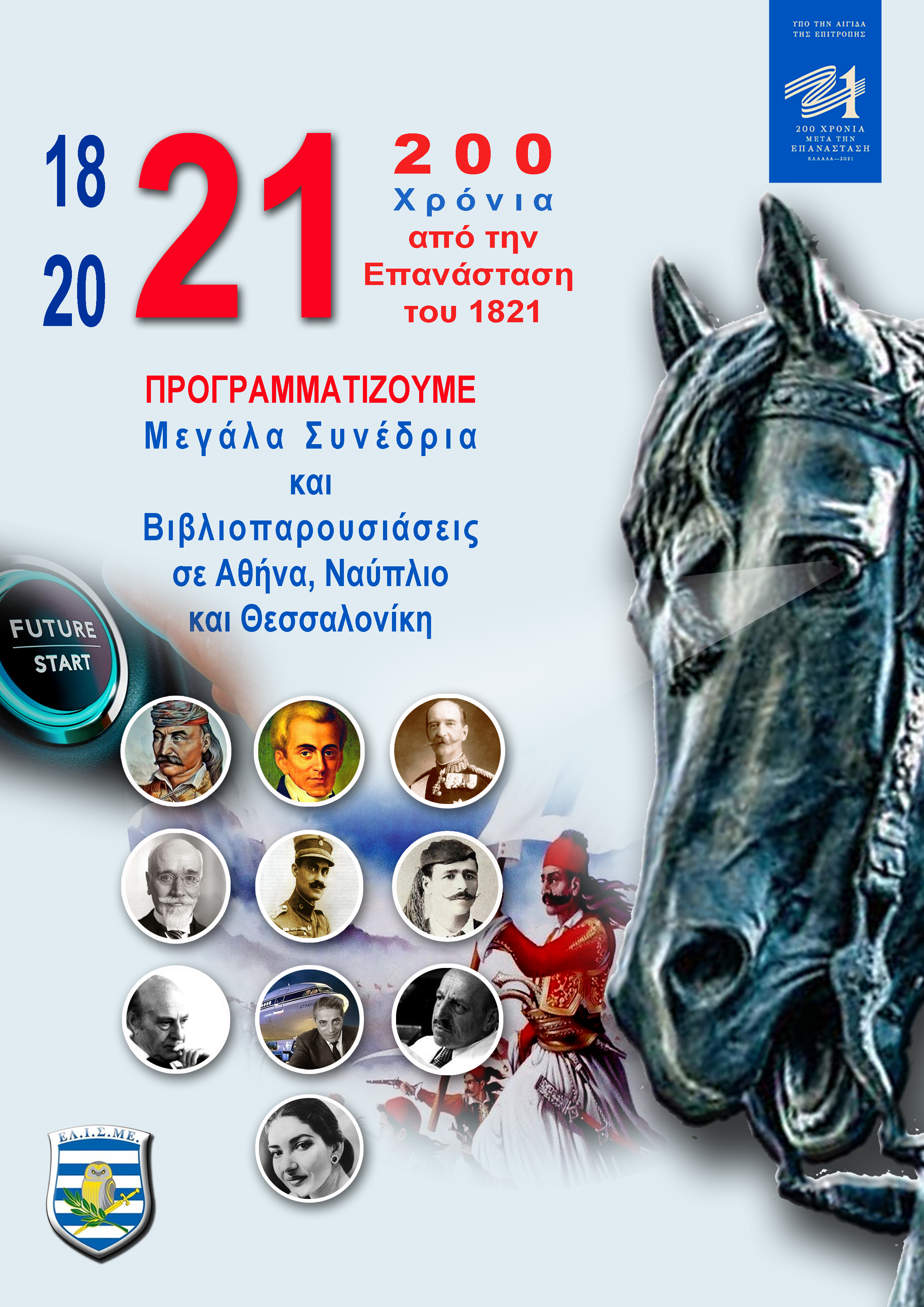 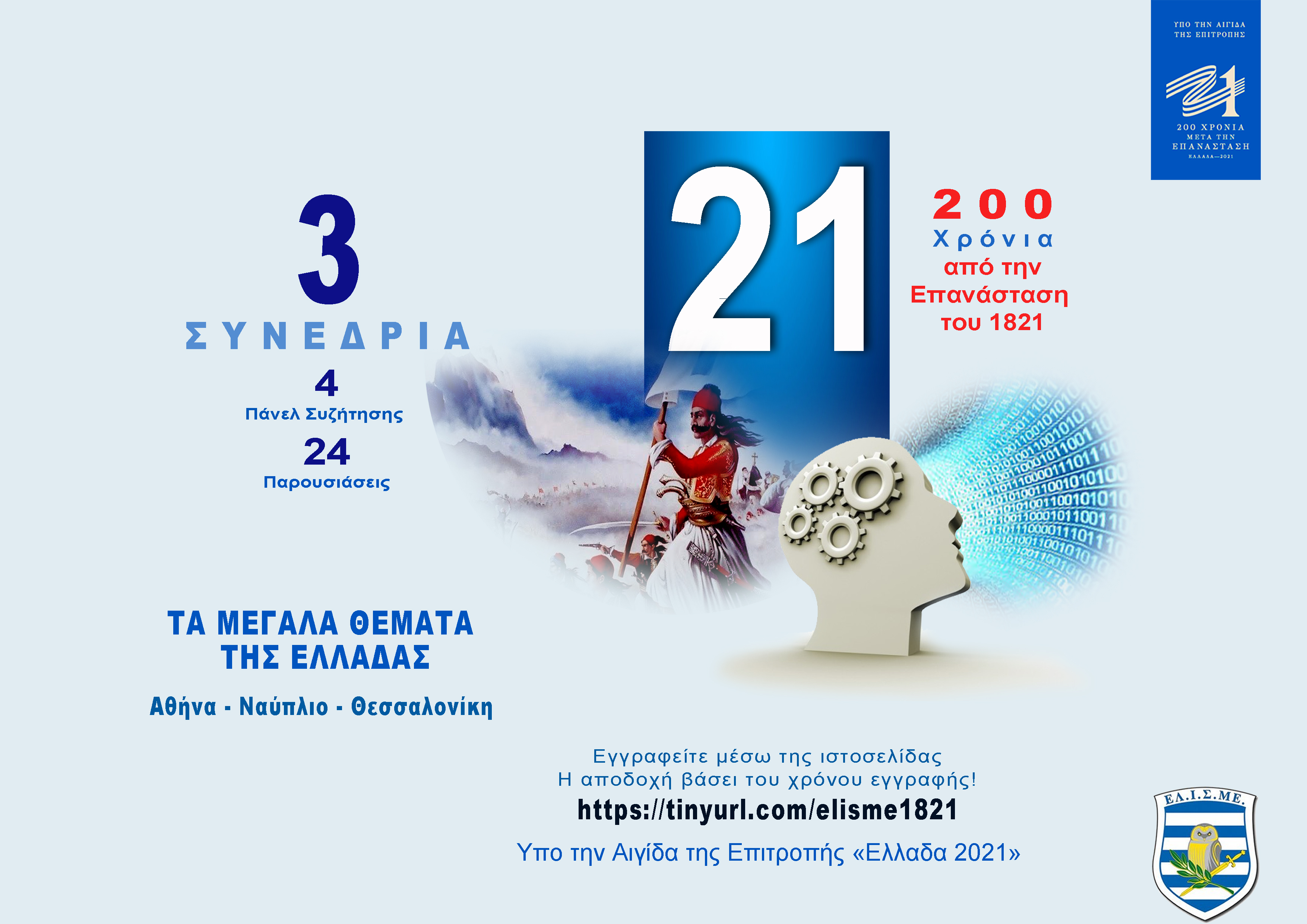 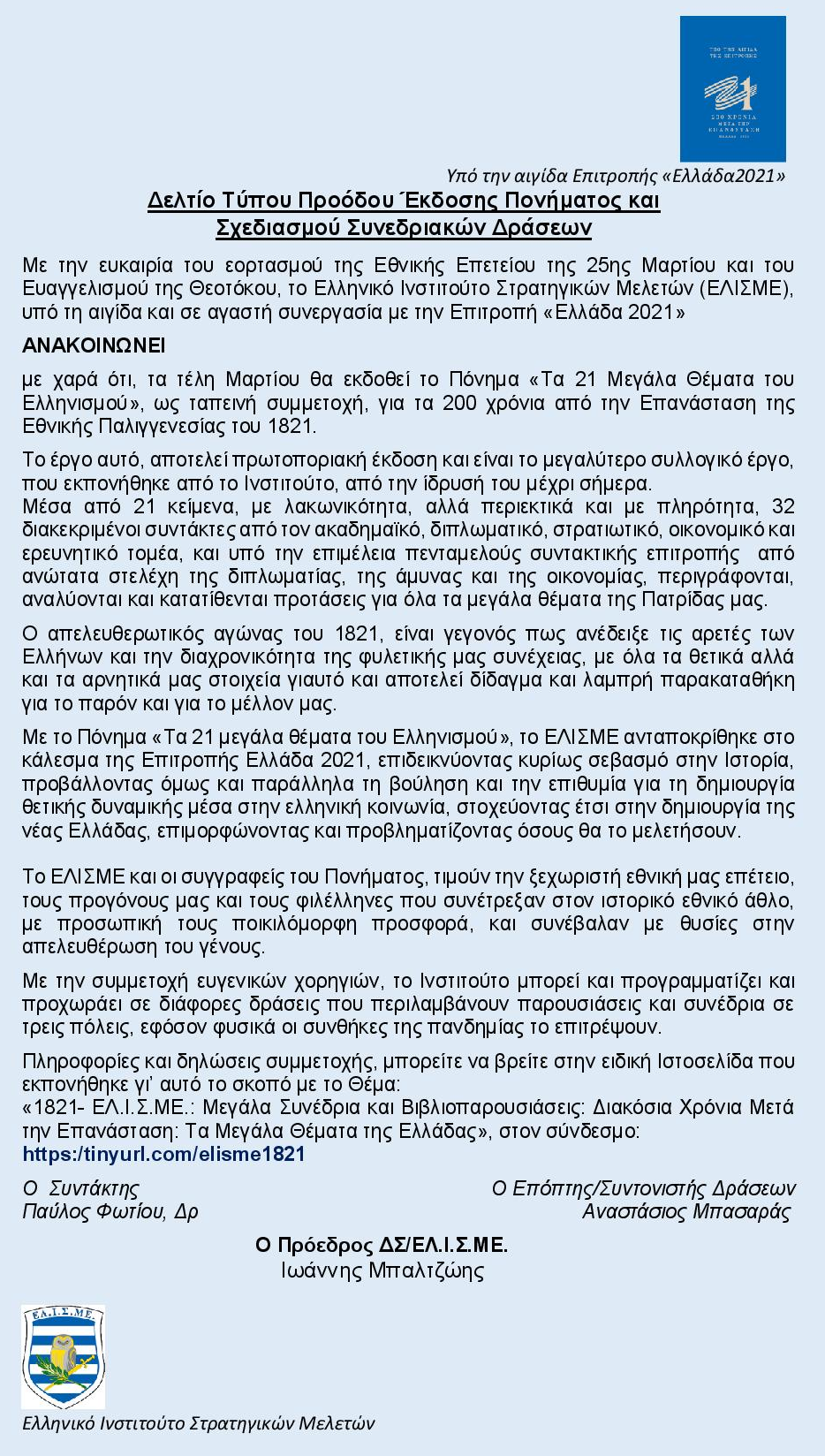 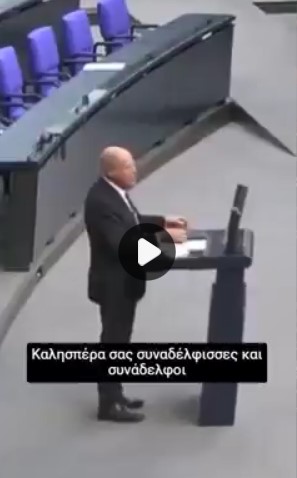