The “Mutant” Erdogan and the Genocides!!! – By Ioannis A. Baltzois Lt. General (r) of the Hellenic Army, Author, with a M.Sc. in Geopilitical matters of National & Capodistrian University of Athens, President of HELISS -10.02.2021

The “Mutant” Erdogan and the Genocides!!! 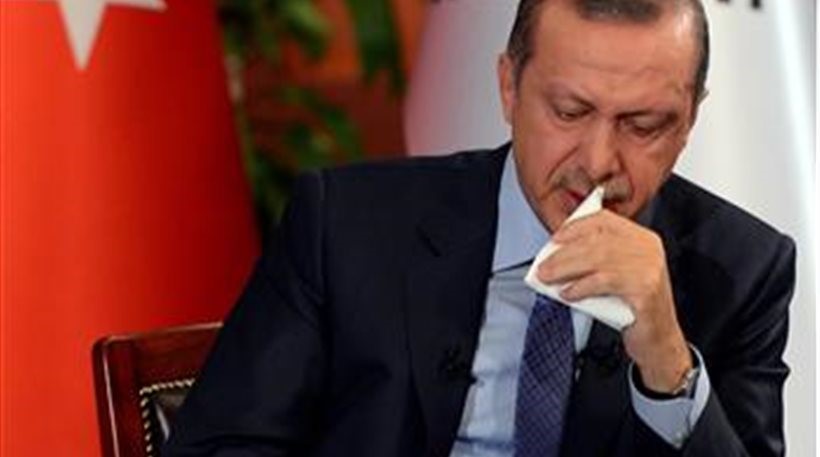 From January 27th, 2005,  has been established by the UN General Assembly,   the International Day of Remembrance for Holocaust Victims. This resolution calls on member states to work out on education programmes that will pass on the lessons of the Holocaust to future generations, in order to help prevent acts of genocide. January 27th was chosen because on that day in 1945, Soviet troops liberated Auschwitz-Birkenau, the largest concentration and extermination camp of the Nazi regime.  In Greece m/,  with a Presidential Law, the  31/2005  also established January 27th  as the “Day of Remembrance of Greek Jewish Martyrs and Heroes of the Holocaust”.  In Israel, holocaust remembrance day, “Yom HaSoah”, is commemorated on the 27th day of the Jewish month Nisan, that is usually April.

The Holocaust and the Genocides

Thus, the “mutant” President Erdogan, who declares himself a pacifist and a fanatical supporter of a solution-to-every-problem stance today, through diplomatic channels and, always, in accordance with international law (this is not a joke, it is being  stated by Erdogan recently) felt that this time, he should  participate at this anniversary, for the victims of the Holocaust, with a general message.     His message goes as following; “the less painless and the more cynical”, having referred in general to the Holocaust, without using the word “Jew”, since Erdogan’s perception of the Holocaust “is cynical,selective and partial“, points out columnist-analyst Eldad Ben Aharon, in his article in 28/1/21, on the website of the Israeli Haaretz newspaper.

This conceptual revisionism of the Holocaust, which alienates it from its Jewish victims, is, also, reflected on the Turkish website”WeRemember”,where the Holocaust is defined as “the systematic, state persecution and murder of some 11 million people by the Nazi regime in Germany and its collaborators during World War II”!!! Erdogan’s message, according to the Israeli analyst, is part of Erdogan’s efforts to be recognized as the de facto leader of the Islamic world. So, what is needed is a general narrative of Europe’s hostility towards Muslims and the appointment of the Turkish president as the saviour of tortured Muslims. Therefore, it is clear that this narrative is fuelling his ongoing campaign to prioritise the fight against ‘Islamophobia’, which he believes exists in the West, as well as his aggressive diplomatic language particularly against the EU. In fact, Erdogan is, also, referred to online hate crimes against Muslims!! Thus, an integral part of Erdogan’s attack on Europe, is the equation of modern “Islamophobia” with the Holocaust, as the same form of mild revisionism, if not its defence.   Indeed, Erdogan has stated that Muslims in Europe are subject to a “lynching campaign similar to that against Jews before World War II”. In his speech, he referred to the genocides of Bosnia, Rwanda and Cambodia, in parallel with the Holocaust, noting that ‘all these genocides remind the international community of its responsibility’. This is a reminder of the West’s failure to prevent these atrocities, some of which were products of European colonialism and imperialism.

As expected, he omitted something and that was the most impressive thing of all; The Armenian genocide, of course. The ethnic cleansing and mass murder of some 1.5 million Armenians, by the Ottoman Empire.  in the 1910s. The genocide is recognized by many parliaments worldwide, as well as the mass slaughter of the Assyrian/Chaldian/Syrian population of the Ottoman Empire.   Of course, he forgot to refer to the genocide of the Greeks of Pontus area, during the same time. We, the Greeks in all over the world,  who must not forget, refer to the massacres and displacements of Greek origin populations in the Area of Pontus, carried out by the Neo-Turks movement, during the years between 1914 and 1923. The methods used were displacement, exhaustion from exposure to hardship, torture, hunger and thirst, death marches in the desert, and often, cold-blooded killings, or executions. The number of victims has been identified at over 300,000, on a multifaceted level, while the Central Council of Pontus Greeks refers to 353,000 victims, in its Black Book.  Erdogan did not mention a word about those events. Ironically, he invoked the 1948 United Nations Genocide Convention, drawn up by Rafael Lemkin.  The term ‘genocide’ is a new term, created after the end of World War II,  by Polish- Jew Raphael Lemkin, a professor at Yale University, in order to describe the crime of the mass extermination of Jews by the Nazis during the war. Lemkin’s initial motive was the outrage over the massacre of some 3,000 Assyrian Christians by the Iraqi state in August 1933, combined with memories of the massacres of Armenians, Assyrians and Greeks by the Turks between 1914 and 1924, which prompted Lemkin to launch a campaign to develop international law that would help prevent genocides.

It is a fact that Erdogan is in a difficult position, both on an internal, and on an external level. The country’s economical situation, combined with the ongoing pandemic, is extremely bad, to the extent that all economic indicators in Turkish society are affected. As a result, the people’s discomfort with Erdogan and his policy is now increasing. As far as foreign policy is concerned, we would say that the “zero problems with neighbours” policy that  the Davutoğlu doctrine was claiming, and that Erdogan had embraced, has, in fact, become a “zero friends and multiple problems with everyone” policy. The result of Turkey’s pirated, expansive and revisionist policy, is the reaction and the creation of strategic alliances of some  States of Eastern Mediterranean and Middle East, such as France, Egypt, Greece, Cyprus, Israel, Jordan, Emirates, Bahrain and Saudi Arabia, extending to India. Qatar, Turkey’s most important economic partner, the “Turkish ATM machine” until now,   is expected to join this coalition at some point, for reasons of geopolitical – energy developments, which will not be mentioned here. Consequently, the effort to restore good  relations with Brussels and Jerusalem seems to be Ankara’s reasonable concerns, about the Biden administration’s policy,   towards Turkey. Actually,  the US president is no longer  “Erdogan’s friend” Donald  Trump, but the determined new president of the USA Joe Biden, who, as he recently told the Editors of the New York Times newspaper (December 2020), Turkey will be sanctioned for the purchase of S-400 A/A missiles. If we put and  the  factors on the table, the Greek-Turkish exploratory conversations (investigating what is fully known until now, for two decades, means to be completely known), as well as the expected five-part conversation for Cyprus status, where the recognized state entity (Republic of Cyprus) is assimilated to a community and the rapist-invader participates in the talks on the solution of the illegal invasion-occupation that caused, then the occasional and deliberate supposed transformation of the wolf (Erdogan) that turns into a lamb, is starting to reveal itself.

* Ioannis a. Baltzois, is  Lt. General (r) of the Hellenic Army, Author,  with a M.Sc. in Geopilitical matters of National & Capodistrian University of Athens, President of  HELISS (Hellenic Institute for Strategic Studies.