Not all is quiet on the front: Balkans and East Mediterranean – By By Alexandros Mallias, Ambassador (Ret.), member of HELISS – 20.12.2021 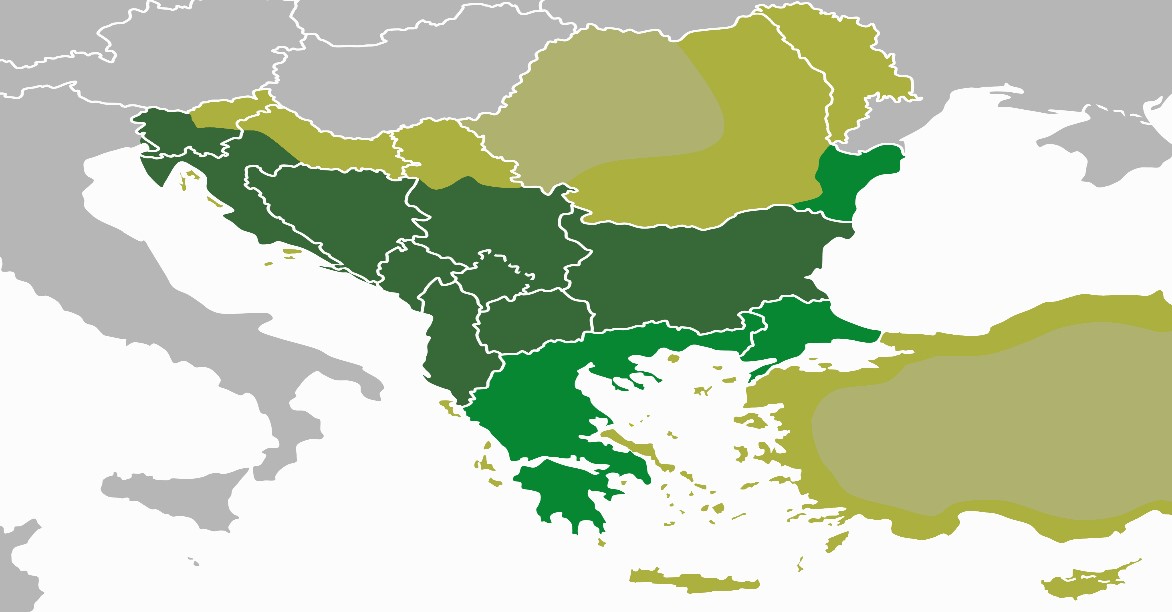 Multilateralism and the rule of law

4.Multilateralism is the prerequisite for restoring the harmony of the international collective security system. International law and U.N. Charter’s provisions should prevail over war and threats or use of force. But we are still far from this goal.

Attachment to the principles and purposes enshrined in the UN Charter has been eroding. Military aggression continues unabated in Europe, in Caucasus and in the Eastern Mediterranean. The United Nations are unable to discharge their mission; synergy is missing among the five permanent members of the Security Council. It stems from a different hierarchy of values and from conflicting interests. It is impossible to maintain peace, stability and security. The lack of any reaction related to the Pandemic is characteristic.

From Salamis and Thermopylae to the Aegean Sea

5.On 2020 we celebrated the 2500 anniversary of Thermopylae and Salamis; the battles that saved Greece and the values and principles of what we identify as the Western civilization. In 2021, this year, we omitted though the 2500 anniversary of the key ground battle of Plataea which dictated the course of European history. Hellenes countered invaders and despotism, thus saving democracy and the anthropocentric political and social systems.

6.History is not just what happened, but also what happened because of it. Herodotus offers an amazing account of the huge Persian multiethnic army. He also offers us an account of the Greek state of mind. The overwhelming size of the aggressor’s army never deterred the Greeks. Morale and motivation are key factors for success.

8.The situation is not much different. In March 2020, Turkey orchestrated a hybrid aggression using mostly civilians, illegal immigrants and refugees against the land border with Greece at the Evros River as well as illegal crossing attempts in the Aegean Sea. Turkey’s President publicly stated several times in March 2020 that by marching against Greek borders they were aiming at Europe.

10.Furhtermore,Turkey has been threatening Greece with a declaration of war (casus belli). This menace is a violation of Article 2, Paragraph 4 of the United Nations Charter.It is also a blunt violation of NATO’s Charter, stating that “The Parties undertake…to refrain in their international relations from the threat or use of force in any manner inconsistent with the UN purposes.” Apathy, double standards and a non-principled stance may lead , under certain circumstances, to the hazardous and selective implementation of NATO’s Article 5 (intra-allied solidarity) on an opt-in/opt-out basis.

11.Greece is committed and open to the dialogue. Yet, a fair basis for a successful dialogue is the abandonment of the threat of war against Greece and the acceptance of the framework set by the international law. The threat of war cannot be the rationale for  peaceful co-existence in the 21st century.

12. It matters for NATO to deal with President Erdogan’s disturbing politics at home in Europe and in the Middle East. Peace and cooperation in East Mediterranean are at gunpoint while violation of fundamental human rights, megalomania and nationalism prevail in Turkey. Hard to find a Turkey’s neighbor not been invaded or threatened by Ankara. Restoring democracy, ensuring freedom and respect for human rights is a prerequisite for Turkey.

13. Incompatible with NATO’s strategic interests and tactical interoperability standards, sophisticated Russian S-400 missiles are deployed in Turkey. The S-400 issue undermines NATO militarily, diplomatically and politically. It poses a strategic problem for the Alliance as a whole and adversely affects frontline states security.

14.Non democratic governance, systemic and systematic human rights abuses are incompatible with NATO’s Charter and membership as well as with our collective efforts for the development of peaceful international relations.In non-diplomatic terms, NATO’s credibility and “moral authority” are jeopardized when democracy, parliamentarianism, freedom of religion, press and expression and the right to be different in Turkey are at gunpoint. Western Balkans and beyond

15. Notwithstanding considerable progress, the Balkan region may not look much different in the post pandemic era unless there develops a genuine sense of political accountability. Politics is meant to serve, not the other way around. Nepotism and corruption adversely affect positive acting and legitimate citizen aspirations. Independent judiciaries are needed as in much of the Balkans the courts are subject to political influence.

16.In addition, change will require the region to rid itself of unreliable and corrupted politics.

Advocated and indeed initiated by Greece ,the EU accession process offers an appropriate sticks and carrots framework policy. Aristotle put it well in The Nicomachean Ethics: “impose punishments and penalties upon malefactors and bestow honors on those doing fine actions.”

Healing the woods and the Pandora’s Box

17.The healing of the woods process  is not over. From Srebrenica to Batajnica and to Kijevak.Yet, there are fresh plans for the break-up of Bosnia and Herzegovina, and the secession of Republika Srpska, and the partition of Kosovo with Serbia  and/or its union with Albania.

Proposed new changes of borders and new forced exodus of population open the Pandora’s Box with predictable spill-over effect beyond the Balkans No one wants to own their paternity or maternity. History tells us that border changes start from a known beginning but go on with an unpredictable end.

18.If confirmed, they will be used as precedents  for malign action  in Caucasus, Crimea, Ukraine or elsewhere for example in the Middle East and Eastern Mediterranean.

Starting from reiterating Kosovo’s  and Bosnia and Herzegovina’s territorial integrity and unity the European Union NATO as well as the states of the region who abide by the international law and the territorial status quo should rule out any  new change of borders, land and population swaps .

Not all is quiet on the front

19.Accordingly, the Biden Administration recently declared that “…Greece’s commitment to the Alliance and location at the crossroads of the Western Balkans,North Africa, the Middle East and NATO’s southeastern flank makes Greece a particularly important strategic ally».

20.Martin Luther King  used to say : “Peace is not merely the absence of war. It is the presence of justice». Let’s hope that the UN Charter and the international law  based  justice will be  one day present in the Aegean  Sea and in the Eastern Mediterranean.